Increase Response by Tweaking Our Perception of Time 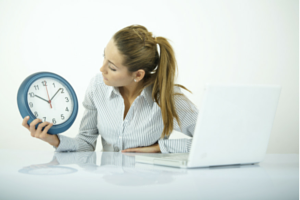 New York Times January 3, 2015 had a research article that suggested when you set a goal “in-the-present time period” (this year, or this month, or this week), the more likely you will be to start working towards that goal.

Better results were obtained when you set your new years resolution in January (in the year you want to reach your goal) rather than in December. In another example it was found that people were more likely to start working on a task whose deadline was in the current month.

So What? People are more likely to act on a goal when they perceive themselves to be in the present or to have the “in-the-present feeling”.

If you have any other uses for this research, please pass them along.