Since Google’s Knowledge Graph was announced, we’ve been speculating to see how it will change search – both from an educational and commercial perspective. On our first searches with Knowledge Graph we felt it was quite…. sub par. However, with its Google Doodle for the London 2012 Opening Ceremonies, Google has given itself the opportunity to showcase just how much functionality can go into the Knowledge Graph.  The Olympic Games Knowledge Graph features a schedule of the events, links to the official Olympic website and to watch online, as well as the day’s events. 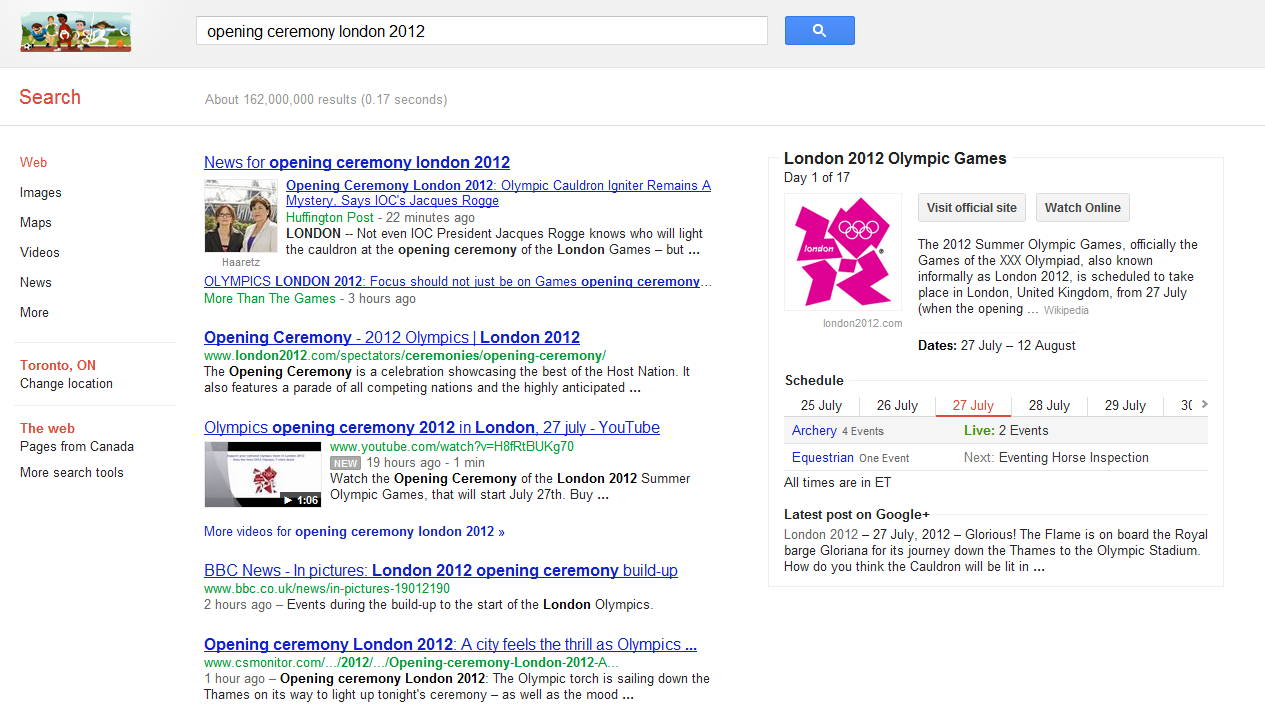 What do you feel about the Knowledge Graph’s functionality?