A generation is a group of people who are programmed at the same time in history. It is not about their birth date; it is about what they have been exposed to and their experiences.

I have been investigating the War Generation, the Boomers, Gen X, Y and Z to get a better understanding as to how they behave and why.

During their first, most formative years, generations are coded with data about what is right and wrong, good and bad, stylish and unstylish. A generation shares a common set of formative events and trends—headlines and heroes, music and mood, parenting style and education system. As they grow older, they learn and grow. They adjust their behaviors and build their skills. But they generally do not radically change the way they view the world.

The names and birth years for the generations vary from one model to another. All are somewhat arbitrary; a generation—or an era—doesn’t end one day while another begins the next.

I believe the following model is the most consistent and easiest to work with.

In this model, people born before 1946 are referred to as the World War II Generation. Although most of those from this generation who are still working are not old enough to have fought in World War II, they report that it was the single most important event of their childhood. 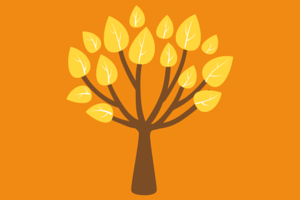 Because each of the generations came of age in a distinct and unique era, each has its own perspective on such critical business issues as leadership, communication, problem solving, and decision-making.

Just a few years ago, generations were separated at work by rank and status. In hierarchical organizations, the oldest employees filled executive positions, the middle-aged held mid-management jobs, and the youngest worked on the front lines. People weren’t likely to rub elbows on a daily basis with those in other age groups. Today, members of the World War II Generation report to Generation Xers while Millennials present ideas to baby boomers. Four distinct generations work side by side to solve problems, make decisions, design products, manage projects, and serve customers.

This link brings you to a PDF from AARP. This is one of the most complete and informative reviews of the cohorts that I have come across.

Even though this document is a couple of years old, there are aspects of each cohort that do not change.

Once we understand a specific generation it becomes easier to increase the strength of our communication to that group.