The new partnership between Chris Carter Marketing and Junction59 is paying off. Candela Strategies has just struck gold at the Crystals Awards with its radio spot for MADD Canada. 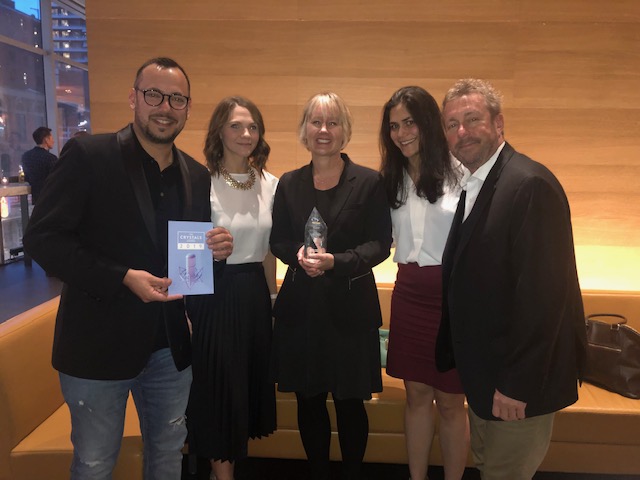 The 30-second spot is part of a larger campaign that warns against the perils of driving impaired, and plays off the insight that the first thing you forget about someone after they’re gone is the sound of their voice.

“A powerful thought to be sure,” says Chris Carter, President of Candela, “made even more impactful when using radio as the medium.”

Dawn Regan, Chief Operating Officer at MADD Canada, adds her kudos. “We are always looking for ways to cut through the clutter with our campaigns, and drive our message deep into the hearts and minds of our audience. We look forward to more work like this from the team at Candela.”