Google has been very busy this week with many milestones including the launch of the Nexus 7 Android tablet, the release of the Google Events web application and Google Glass. As someone who watches what Google does very closely (they do have the majority of the search engine market share here in Canada – and most of the world after all) it’s exciting that they are finally releasing Google Glass to developers for $1,500.

If you’re unfamiliar with Google Glass – this Project Glass video is what really got a lot of marketers excited about the augmented reality glasses when they played it at the Google Think Performance event I attended in May.

What is Google Glass, or Project Glass as it’s been known? Essentially, it’s a pair of glasses with a camera that can display your point of view and layer information such as maps, messages, chat and more over what you’re viewing. Google Glasses are augmented reality because they overlay information onto what you’re seeing, which shouldn’t be confused with virtual reality – when a device takes you into a whole new reality, such as an immersive video game.

Here is Google’s Sergey Brin showing off the latest demo of Google Glass on June 27, 2012.

Google has slowly been seeping into our daily lives day by day, year by year. It started off as something simple like setting your homepage to Google Search and continued through the advent of Google News in 2002 to, Blogger in 2003, and Books in 2004. The creation of  Orkut (2004) marked Google’s first attempt into social networking which was followed by the failed Google Buzz and eventually Google+. Somewhere in between came GMail, complete with Google Calendar, GChat Instant Messaging, Tasks and Google Docs. Later came Google Maps, Google Earth, Chrome, the Android OS and many more innovations that had people referring to Google as their best friend (Google/OTX 21st Century Mom Study, 2010).

Interestingly, what was science fiction yesterday on TV shows like Continuum, is now reality. Especially when we consider these oxygen sensing glasses. 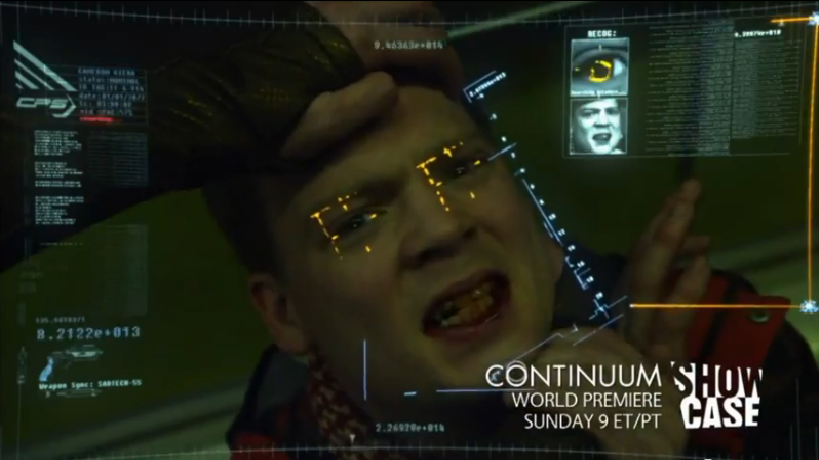 A still from the Showcase show Continuum, where the protagonist from the year 2077 can overlay biometrics over people's faces to see if they're lying

One aspect noticeably absent from the Google Glass demo, is of course – advertising. This is an especially marked absence since until recently, AdWords has been responsible for 99% of Google’s revenue.  It will be interesting how this will change the landscape of not only search engine marketing and PPC search ads but of ads across all of Google’s products.

My first notion is that Google Glass will allow for ads to become a lot more intrusive and hyper-targeted. Lest we forget how Google first irked privacy advocates when they introduced ad targeting based on email content in GMail, so we’re sure however Google Glass displays ads will be groundbreaking on many levels.

How do you feel Google will monetize the huge marketing potential of Google Glass?